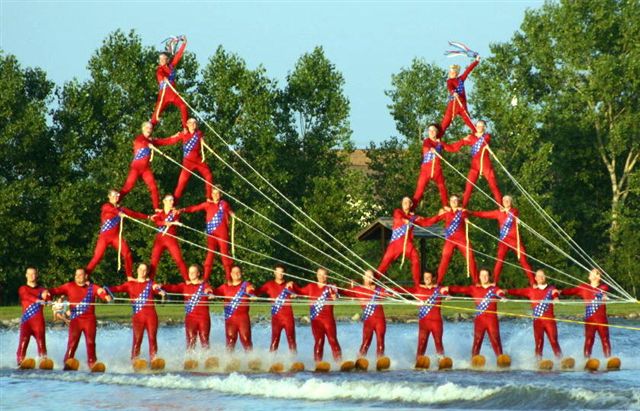 Not on MY boat!

The shows that the Aqua Addicts put on for the public would not be possible without the boat drivers. We would like to thank them for all their hard work, and then tease them a little, ha ha! Our boat drivers are nice guys at the beginning of the day but they have been known >to say “Not on MY boat” or “Not as long as I’M driving,” and often with good cause considering the level of insanity some of our skiers possess. We would like to thank them for putting up with us and driving the boat.

2006 brought a new first for the Aqua Addicts; and perhaps show skiing in general.  The Aberdeen Ethanol plant converted the team’s first Malibu to an E85 powered craft.  The E85 Malibu has become the fastest boat in the Aqua Addict fleet!